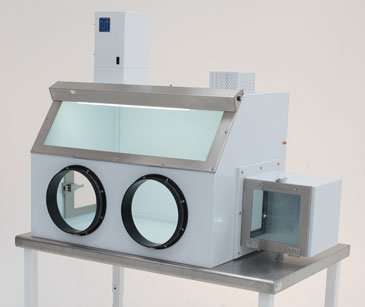 A Finishing Station for Your 3D Printing Projects

Additive manufacturing (AM), commonly called 3D printing, isn’t just for rocket scientists anymore. Its use has increased exponentially as companies and researchers discover useful applications and innovative methods. Availability of equipment and supplies for performing three-dimensional printing is becoming almost commonplace; it’s just a matter of time before retailers start to offer 3D printing services, or a few mavericks begin to do it in their homes (broken coffee cup? No problem; I’ll just make another one!). 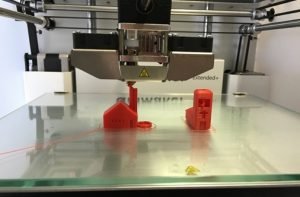 Back in the late 1980s, single-production industrial prototyping was going from drawing board to reality. The first patent was issued in 1986 for the stereolithography apparatus (SLA), with the first commercial system sold in 1988. During the few years that followed, prototyping technologies (and their acronyms!) continued to emerge, including selective laser sintering (SLS), fused deposition modeling (FDM), ballistic particle manufacturing (BPM), laminated object manufacturing (LOM), and solid ground curing (SGC).

These systems remained focused on industry, commonly known only to people who worked with tooling, casting, parts concept/design and related manufacturing processes. Fast forward to the 2000s where the term “additive manufacturing” was introduced to refer to the growing family of processes being used to create one-off concept parts. Additionally, some out-of-the-box thinkers began to see the potential of 3D printing for non-industrial uses such as medicine, jewelry, automotive and consumer products. The first system costing under $10,000 was sold in 2007, which served as a turning point for 3D printers: they were more affordable, more technologically sound and therefore more accessible. Since then, the testing and introduction of unique applications has exploded. 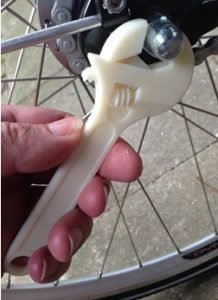 Once a 3D component is created, it needs some finishing touches. The variety of raw materials used to create objects includes plastic or metal powders, liquids and biologics. Printers deposit these materials in organized layers according to programmed instructions, but residual particulates are likely to escape or break loose and land in unexpected places. Print nozzles can become clogged, or the print process itself may create filaments. Depending on the part created, steps involving cleaning, trimming, buffing, gluing and glazing refine the object for final presentation.

Terra’s Ducted Cleaning Glovebox enclosure isolates the cleaning and finishing operations, sequestering particulates and fumes generated by these tasks. Workers keep hands-on control and visibility while avoiding dangerous or annoying exposure. A fluorescent light module is included, providing necessary illumination of internal contents. The glovebox is designed as an open-loop work station, meaning that air enters through an ULPA-filtered inlet port and is exhausted through a duct connected to the facility air handling system. If required, a second ULPA filter can be installed to remove particulates (down to 0.2 um, with 99.999% efficiency) from vented air. 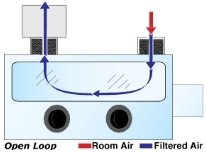 Compressed air and deionized water or solvents can be used to clean printed parts, before and after any necessary grinding or sanding; hook utility lines up to inlet ports and use spray guns for targeted cleaning. The glovebox can be equipped with a sloping bottom and drainage valve below a perforated or wire work surface in order to channel liquids into a carboy. For static-sensitive applications, Terra’s Ionizing Blow-Off Gun integrates with compressed air or nitrogen to neutralize surfaces. 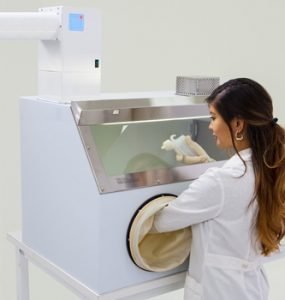 Once printed parts have been cleaned, they may require polishing, painting or gluing. The glovebox has a gasketed side door and removable back panel for placement of equipment inside the chamber. Electrical cords can be fed through a self-closing iris port for access to an outlet or power supply. The glovebox chamber is made of chemical-resistant polypropylene, and withstands temperatures of up to 200°F; the viewing window is tempered safety glass. Other chamber materials are available for heat guns, hot air guns or tack welders that operate above that temperature.

Besides filtering out particles, the open-loop, vented glovebox removes fumes generated from solvents, glues, paints and glazes; personnel can forego respirators and safety goggles. Additionally, the gloves protect their hands from chemicals and particles.

Become part of the 3D Printing revolution! Contact a Terra Product Specialist for help with your 3D finishing needs and visit the Filtered Containment Glovebox page.