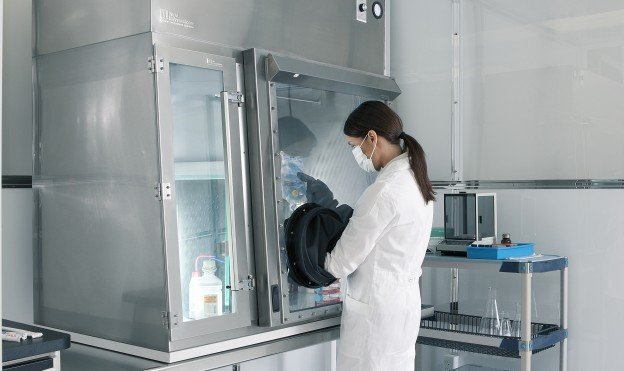 Prominently featured in the pharmaceutical manufacturing industry, a barrier isolator creates an aseptic environment for compounding parenteral (injectable), ophthalmic, and inhaled medications. Due to the significant risk posed by microbiological contamination, the critical area where the compounding takes place requires protection beyond that of a typical laboratory glovebox.

Since the first publication of USP’s General Chapter <797> Pharmaceutical Compounding—Sterile Preparations, compounding aseptic isolators (CAI) have offered the most economical alternative to constructing a dedicated cleanroom for sterile compounding. However, pharmaceutical compounding standards have undergone a major overhaul in recent years, including a developing revision of USP 797.

Below are the answers to three common questions regarding the future of isolators in compounding pharmacies.

What is the new definition of an isolator?

According to the draft revision of USP 797 (released in September of this year), compounding aseptic isolators will be divided into two classifications: Restricted Access Barrier Systems (RABS) and Isolators. 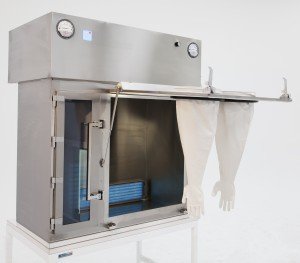 An isolator is defined as an ISO 5 enclosure that meets the following criteria:

Any CAI that does not meet all of the isolator criteria would be classified as a restricted access barrier system (RABS). A RABS is an ISO 5 enclosure that provides a physical separation from the compounding area through the use of glove ports, but the openings for transferring materials would not provide the same level of protection as an isolator. In addition, the RABS is cleaned and decontaminated manually.

Can an isolator still be used without a cleanroom?

The answer is complicated.

Under the current USP 797 guidelines, a compounding aseptic isolator may be used as a substitute for a cleanroom if it is certified to meet ISO 5 under dynamic conditions. Usually, the certifier will conduct particle tests and airflow studies while a technician is compounding and transferring materials. 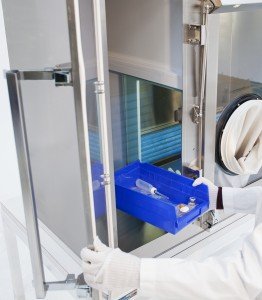 However, the revised version of USP 797 under development will require an isolator to be placed in minimum ISO 8 conditions (read: cleanroom) in order to have Beyond-Use Dates (BUDs) greater than 12 hours at room temperature (24 hours refrigerated). Essentially, any drug compounded outside of a cleanroom will have a limited BUD, regardless of how well isolated the compounding area is. A RABS can only be used in an ISO 7 environment, because it is not considered a true isolator.

Following a series of high-profile incidents associated with contaminated compounded drugs, the FDA and USP have embarked on a crusade to strengthen enforcement of compounding standards, which includes a commitment to harmonize with international compounding standards. Although these new isolator standards are still under development, the FDA has already expanded its oversight to include outsourcing facilities, which are being held to pharmaceutical manufacturer standards (cGMP) until the FDA develops a specific set of standards for the compounding industry. Some of the more aggressive State Boards of Pharmacy are proactively discouraging the use of CAIs outside of a cleanroom, even if the current USP standards would normally allow it.

What is the best approach to take until these changes become effective?

Despite the turbulent regulatory environment, a compounding pharmacy can come out ahead of the competition if they proactively plan out their facility investment. 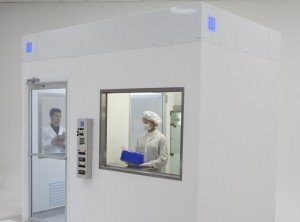 The path of least resistance for a compounding pharmacy would be to simply build a proper cleanroom. In the long run, this may be the most cost efficient route, as well as the most flexible in terms of operational capabilities. But if a compounding pharmacy would prefer to spread out the cost and avoid the upfront expense of a cleanroom, they may be able to get away with using a compounding aseptic isolator until any new regulations take effect. The regulatory development process can be dragged out for a few years, while actual enforcement of the new standards can take even longer if industry lobbyists can secure a long grace period for implementation. Under current USP standards, a compounding pharmacy can still technically use a CAI, although this approach may not work if an individual State Board of Pharmacy chooses to enforce stricter standards. 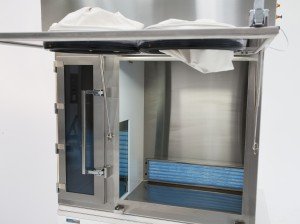 If a compounding pharmacy chooses to use only an isolator in the interim, they must be prepared to adapt to the new regulations when inspectors start enforcing them. In most cases, if a compounding pharmacy decides not to restrict BUDs to less than 12 hours, the pharmacy would have to build an ISO 7 cleanroom to house the RABS, because isolators on the market today were not designed to meet the strenuous criteria spelled out in the draft revision of USP 797. Although an isolator may be the more affordable option right now, a full cleanroom may eventually be required, which is why some pharmacies might choose to invest in a cleanroom facility today rather than make a second large investment in the future. A pharmacist should also take into consideration the ergonomics of a glovebox isolator and the inherent risks of vaporized decontamination systems when deciding on a course of action.

In today’s environment of stricter compounding standards, a compounding pharmacy needs to develop a long-term strategy for cost-efficient equipment purchases, taking into account all of the future regulatory requirements associated with isolators.