What are Anaerobic and Hypoxia Glove Boxes?

Researchers have been culturing bacterial and eukaryotic cells for decades in an effort to elucidate their biological functions and to develop and evaluate treatments for disease. While culturing cells under atmospheric conditions may yield informative results, often these studies require an environment that more closely mimics the actual physiological climate.

To confront these challenges, researchers have developed specialized chambers to encourage the growth of both bacterial and eukaryotic cells in an effort to investigate their physiological functions and develop treatments for diseases. Read more about these anaerobic and hypoxia glove boxes and test chambers.

Anaerobic growth chambers and glove boxes were originally developed over 50 years ago to study the growth of anaerobic microorganisms: those that thrive without oxygen. These chambers are air tight and contain glove ports to access the interior for manipulation of samples. Typically, oxygen concentrations within these chambers range from 0-5 ppm. Atmospheric oxygen is removed via a chemical reaction using a catalyst material (typically palladium). 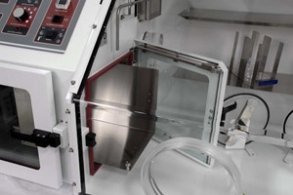 Airlock in a low-oxygen glovebox allows passage of samples and supplies without compromising the internal environment. Photo: Shel Lab

To maintain low oxygen concentrations, the gloveboxes often contain an airlock to introduce samples, reagents and media to the chamber. Since temperature can also affect the growth and metabolic processes of these organisms, temperature controls are also available. Positive pressure within airlocks prevents the influx of oxygen-rich gas from the atmosphere. The importance of studying microorganisms in their native environments cannot be understated. The introduction of specialized anaerobic chambers has led to many exciting avenues for novel biological research.

Anaerobic growth chambers have been instrumental in breakthroughs in the fields of medicine, biofuels, bioremediation, and drug discovery to treat pathogenic organisms.

Two salient examples of where anaerobic growth chambers are being used for cutting-edge biological research are biofuels and clinical diagnostics. Investigators are now harnessing the power of anaerobic microorganisms to identify genes used to create bio-diesel that can replace fossil fuels. These engineered organisms create fuel as a product of their metabolic processes and anaerobic chambers are used to manipulate and culture these bacteria. In addition, many pathogenic microorganisms grow anaerobically, so chambers are required to culture and research them for potential clinical benefits. 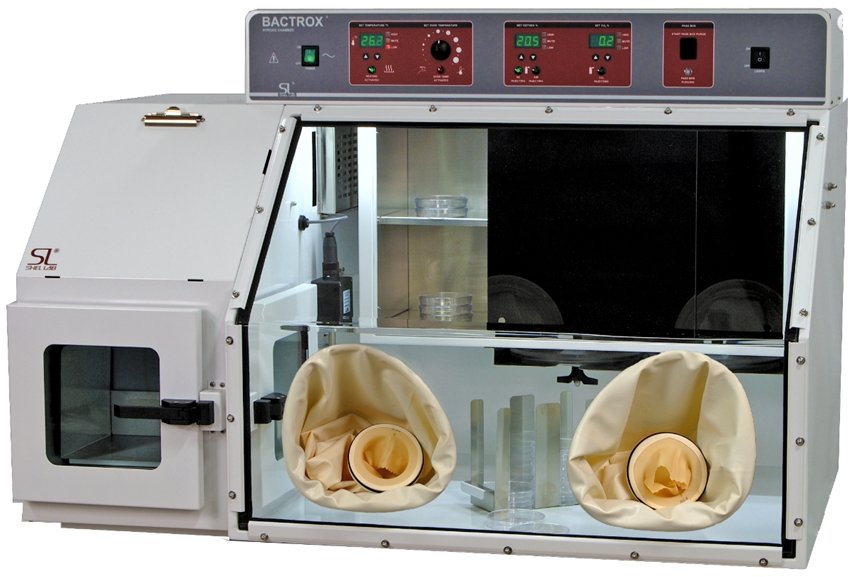 While anaerobic chambers are designed to keep oxygen levels as low as possible, hypoxia chambers allow researchers to achieve an oxygen set-point that mimics their sample’s physiological conditions. These air-tight chambers introduce both nitrogen and carbon dioxide to control atmospheric oxygen. The level of oxygen is continuously monitored with the flow of nitrogen and carbon dioxide adjusted to maintain a user-specified concentration.

In addition, the temperature and relative humidity within these chambers is controlled for optimal growth conditions. Thus, while hypoxia chambers resemble that of anaerobic growth chambers, they require more precise monitoring of oxygen and tighter control of other process gases to achieve the target conditions. 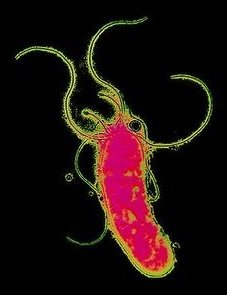 Microaerophilic organisms are often cultured in hypoxic conditions. They require low levels of oxygen for growth and are often found within animals. Examples of these organisms include Helicobacter pylori and members of the Campylobacter genus, which grow within the digestive tract of mammals. H. pylori cause peptic ulcers, a painful condition in which ulcerative lesions are formed within the stomach. Members of the Campylobacter genus may be introduced into the digestive tract by foodborne contamination, leading to conditions including recurrent diarrhea and bacteremia in AIDS patients. To diagnose and study treatments for these diseases, researchers utilize hypoxia chambers for culturing clinical samples and to test the efficacy of antibiotic regimens.

Anaerobic growth chambers and hypoxia gloveboxes provide researchers and clinicians with the opportunity to study both eukaryotic and prokaryotic organisms under physiologically relevant conditions. While closely related in the design and function, hypoxia chambers and anaerobic growth chambers utilize different mechanisms to remove and control oxygen from the internal environment. Specialized glove boxes give scientists opportunities to study and develop new treatments for disease, produce biofuels, and steward the environment via bioremediation.