These days, a number of glove box configurations are used in even more unimaginable ways that impact our lives. The following are just a few surprising glove box practices. 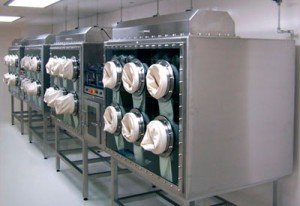 As a cooperative effort with NASA, the National Science Foundation, and the Smithsonian, the U.S. funds the curation and collection of Antarctic meteorites. By studying the “stardust” on meteorites, scientists can gain insight about the formation of our solar system, and increase their understanding of the role of stars in the universe. These space rocks also contain various elements that give scientists a better understanding of the evolution, age, and composition of the solar system. By sustaining a very low-particle, low-humidity environment, Meteorite Nitrogen Glovebox Isolators eliminate the risk of processing such valuable specimens. 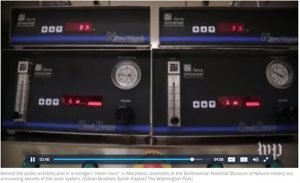 Inert nitrogen gas keeps moisture at bay and helps (in a very small way) to recreate the RH-free atmosphere of space. According to NASA, the Johnson Space Center has sent 17,000 meteorite samples to over 500 scientists around the world! These include fragments from other planets, and solar-system rocks and crystals older than the earth. 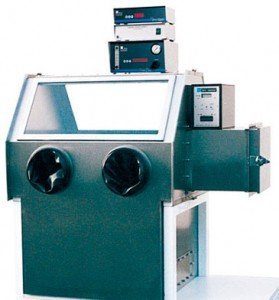 Lithium batteries are used in a number of ways that significantly impact our lives, ranging from our car and cell phone batteries, to medical and military uses. But did you know that before they are sealed, lithium battery electrodes will explode in the presence of oxygen? That’s why Lithium Battery Electrode Glove Box Isolators are vital for processing these bundles of energy. A humidity-control isolation glove box ensures the low-moisture conditions required for radio frequency (RF) sealing, and an oxygen analyzer senses oxygen levels down to one part per million (ppm). The self-balancing ionizing equipment is also vital to protect the batteries from damaging electro-static discharge. 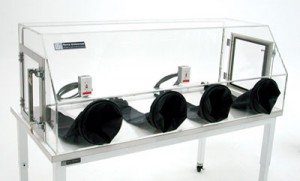 Having handled over 155 billion parcels in 2014, the U.S. Postal Service plays an important role in public safety and security. Mailroom Gloveboxes protect personnel as they identify suspicious items and prevent harmful contents from being distributed to companies and individuals. With the recent threats of anthrax and other contaminants
being spread via snail mail, keeping these processes within a sealed chamber gives some  mail handlers some peace-of-mind. Mail processing is filtered to remove harmful particles and keep the area sealed when a suspected harmful article is found. Thanks to such technology and careful protocol, the percentage of adverse incidents involving suspicious items delivered through the mail has declined.

Preserving artifacts, such as fossils or manuscripts, benefits many fields of study like the evolution of species and our planet’s origin and history. Fragile antiquities, as well as other delicate specimens, are preserved with the help of special RF Sealing Isolators. Vacuum

antechambers dry specimens before and after they are passed through to the main nitrogen-purged glove box isolator for RF sealing. This low relative-humidity design protects items from moisture damage, while providing clear visibility and convenient operation for personnel. 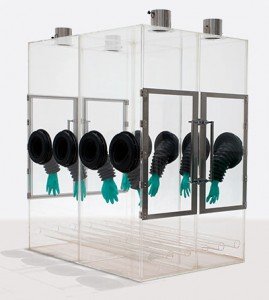 This unique Terrarium glove box was designed to enhance the investigation of plant development and monitor environmental conditions that affect plant growth. The top level vents allow researchers to control carbon dioxide levels, while the air meters help keep track of oxygen build-up in the chamber. Hollow tubes that lie along the base of the isolation chamber allow easy camera access to closely observe soil quality and root growth. There are even clear plastic dividers that create four separate controlled environments within the single glove box, each featuring glove ports, air vents, and easy access doors. This glove box is ideal for experimentation with flora.